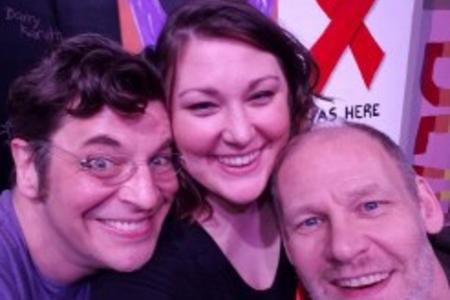 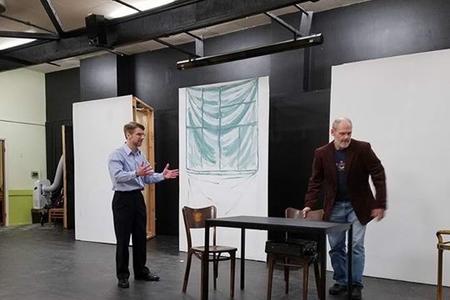 (Michael J. Teufel, Jennifer Clevenger, me: Marv Gray and myself in THE NORMAL HEART, 2017)

A couple years passed with not much forward movement.  The early '80's were a dangerous, yet joyous time, though.  Despite the concern over this GRID and its devastating effect, the Gay Community pulled together to battle a more dangerous foe: President Ronald Reagan. This fight against his ignorant, selfish policies drew the community together - through both pain and struggle the bond of "community" was forged.

Eventually, GRID was renamed AIDS and the HTLV was now called HIV.  Much was discovered about the disease and how to avoid becoming affected. The numbers of infected in the USA declined and treatment became more humane.  I know several men who live healthy, productive lives despite their diagnosis. With healthy lifestyles and medication, they keep their viral load to undetectable levels.

Fast forward to the new millennia.  HIV infection rates are up. Young men seek out unsafe sex with infected men. These "bug chasers" have stars in their eyes of being somehow "special" due to the infection.  While medications are out there, the cost is becoming prohibitive.  The fight against keeping HIV/AIDS under control is not over.

Thus I welcomed being cast in Twilight Theater Company's production of THE NORMAL HEART, by Larry Kramer. Kramer is a founding member of Gay Mens Health Crisis and ACT-UP.  He is a novelist, author, activist and personality.  The play is dated in spots, but ultimately presents an accurate history of what gay life was about in the early '80's and the onslaught of the disease. It's a must read for anyone interested in governmental response to a plague, Gay Culture, Public Health, Politics or students of Queen Studies. The events are fiction but the story real.  You will be dumbfounded by the idiocy of our government. 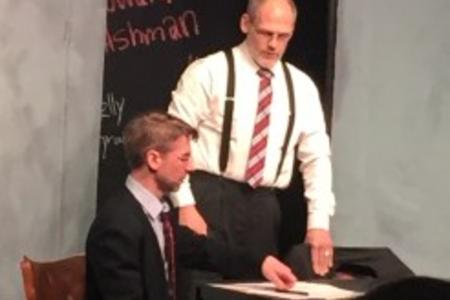